The View From Koppenberg Mountain, 1384 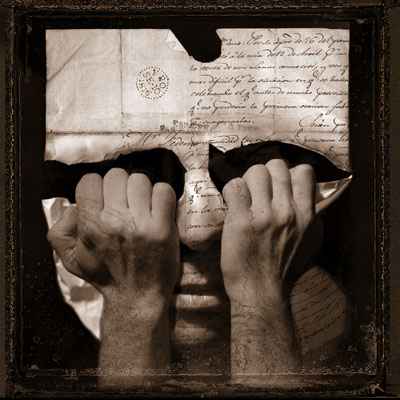 I’m sorry for being so rubbish lately. I will get better. I have lots of new ideas.
Johannes stepped out of the cave’s mouth and into daylight for the first time in twelve years. Underground, the dark was so absolute, so devouring and unforgiving that it bleached his skin an opalescent white within the first year, and never allowed him the mercy of insanity, or the release of death. Thinking back to the day when he and the other children had first descended – dancing and skipping – into the pit, Johannes sat alone in the murky, filthy space and wept, making his half-blind eyes sting as though they had been thrashed with nettles. It had been so long ago that the children had blindly followed the man underground, so many years following seams of quartz and nickel through endless forgotten caverns beneath The Black Forest, pointlessly filling wicker baskets with dirt. Johannes could still hear the erratic breathing of his closest childhood friends, Emil and Kurt, as they lost their lives within the first week without daylight. There were hundreds of them down there to start with, fighting for the first few days, boisterously trying to keep spirits up before the silence and fear and death began to infect their company, like a shadowy pox that forced soil into the lungs of those who forgot how to speak, or think, or live. Johannes got lost after three years, he had dropped his concentration for what could have been twenty minutes, and then spent the next nine years wandering in the caverns within the mountain, following whispers, occasionally catching an echo of a voice, or a whisper of the melody they had followed into the mines. He would run and stumble and bang his fists against the solid rock, calling out the names of his friends who he knew would never find him. There were only the rats.
The rats were almost everywhere, and were frightened, submissive creatures, easy to catch and eat. Johannes had survived for over a decade on rat meat, and that of the slow, blind phosphorescent fish that swam in treacle slowness in the cold springs.
Johannes looked down at his home town from the angry gash in the mountainside, and saw a town ravaged by time. He saw stagnation, he saw regret. Every window was smashed and empty, every street bare and ragged. The wind suddenly changed direction, coughing dry, orange leaves into the white, hollow face of the thin young man, and carried the quietest melody of a flute, playing far away, in another year, another town. Johannes kept staring down into the valley, and at the town he had been led away from as a child. He saw ashes and bent willows, he saw a Mayoral chain of office hanging from a rope on a tree.
Hamelin was a strange place, at the best of times.

Published writer of short stories, long stories, poems. Well received art critic and cultural commentator for Berlin magazines. Collaborator with operatic societies. Co-writer of fictional historic psycholinguistic journals. Lecturer of architecture and art history at a Budapest University. END_OF_DOCUMENT_TOKEN_TO_BE_REPLACED
This entry was posted on Tuesday, October 7th, 2008 at 7:34 pm and tagged with cave, fairy tale, germany, hamelin, pied piper, rats and posted in alt.faerie tales, flash fiction. You can follow any responses to this entry through the RSS 2.0 feed.
« Mandala
#94 »

2 responses to “The View From Koppenberg Mountain, 1384”